AMAC presents, From 30,000 Feet, a new virtual speaker series created to inspire AMAC members and the broader aviation and aerospace communities. From 30,000 Feet connects the nation’s most influential changemakers and thought leaders with aviation industry professionals, business leaders and students focusing on a diverse variety of topics, including business climate changes and future trends. Through this program, C-suite and senior executive leaders share their expertise and leadership journeys in a one-hour format with AMAC members and supporters. 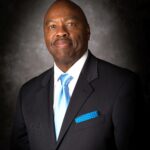 Phillip A. Washington was unanimously selected CEO of the Los Angeles County Metropolitan Transportation Authority (Metro) by the Metro Board of Directors on March 12, 2015.

As Metro CEO, Washington manages a total balanced budget of $7.2 billion for FY20, is responsible for overseeing $18+ billion in capital projects, and provides oversight of an agency with nearly 11,000 employees that transports 1.2 million boarding passengers daily riding on a fleet of 2,000 clean-air buses and six rail lines. LA Metro is the lead transportation planning, programming and financing agency for LA County. As such, it is a major construction agency that oversees bus, rail, highway and other mobility-related infrastructure projects – together representing the largest modern public works program in North America.

Washington was a key leader in the 2016 successful effort to pass a new half-cent sales tax in Los Angeles County, which garnered 71.15% voter approval. Measure M will allow Metro to build 40 major highway and transit projects over the next 40 years, create 778,000 jobs and provide $133.3 billion in economic impact for the region. Washington came to Los Angeles from Denver where he served as the CEO of Denver Regional Transportation District since 2009, after serving as assistant general manager of RTD for nearly 10 years before being named CEO.

In Denver, Washington led and implemented the FasTracks program, one of the largest voterapproved transportation expansion programs in the country. Under his leadership, Denver’s WestCorridor Rail Line  project was completed under budget and eight months earlier than scheduled, and the award-winning  Denver Union Station project was completed five months early and is realizing tremendous revenue/value capture from the surrounding development.

Also in Denver, Washington implemented the first and only $2.2 billion transit public-private partnership (P3), which is still in operation. His emphasis on measuring and managing agency performance led to a nearly 90% on-time bus and rail service, and 96% ADA on-time performance.

Washington has received numerous prestigious assignments and honors. In 2019, he testified before the U.S. Congressional Transportation and Infrastructure Committee. In 2018, he was awarded the Honorable Ray LaHood Award (former U.S. Secretary of Transportation) by the Women in Transportation Seminar (WTS) for his outstanding contribution in promoting opportunities to advance and advocate for women in the transportation industry. In 2017, he was awarded the Judge Harry Pregerson Public Service Award for his ] service to U.S. military veterans. In 2016, he was chosen by the National Safety Council as one of the CEOs Who “Get It” – an honor bestowed on CEOs who demonstrate leadership in safety at the highest levels. In 2014, he was selected by the editors of Engineering News-Record as one of the Top 25 Newsmakers of  2013. Washington was named 2013-2014 Outstanding Public Transportation CEO of the Year in North  America by the American Public Transportation Association (APTA). In 2012, he was awarded a White House Transportation Innovators Champion of Change Award. In 2009, he was appointed by Colorado Governor Bill Ritter to serve on the State of Colorado’s Workforce Development Council helping the state create a 21st century workforce. In 2007, he was appointed by the mayor of Denver to head the Host Transportation Committee for the 2008 Democratic National Convention.

Originally from the South Side of Chicago – the Chicago housing projects of Altgeld Gardens – Washington is a 24-year veteran of the United States Army, where he held the rank of Command Sergeant Major, the highest non-commissioned officer rank an enlisted soldier can achieve. He retired from active duty, as a disabled veteran and was awarded the prestigious Defense Superior Service Medal for exceptional service to his country. He holds a B.A. in Business from Columbia College, an M.A. in Management from Webster University, and is a graduate of the Harvard University Kennedy School for Senior Executives in State and Local Government. He is also a past chair of APTA. 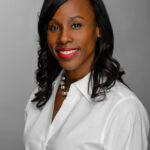 Kelli Kelly is the Director of Business Development and Strategy for Aviation and Transit at Kiewit Infrastructure Engineers. Her primary function is to develop client, community and industry engagement strategies to drive and support the pursuit and delivery of key infrastructure projects. Kelli has over 15 years of industry experience serving in a variety of leadership roles, including proposal management, community outreach and diversity and inclusion.

Kelli volunteers with several community organizations focused on education and economic development; and currently serves on numerous boards, including Denver Workforce Development Board, Colorado Association of Black Professional Engineers and Scientists and the Hispanic Contractors of Colorado Contractor Academy. Kelli holds a Bachelor’s Degree in Communications and a Master’s Degree in Organizational Leadership.